It's A Smalls World After All. More Fresh Finds. 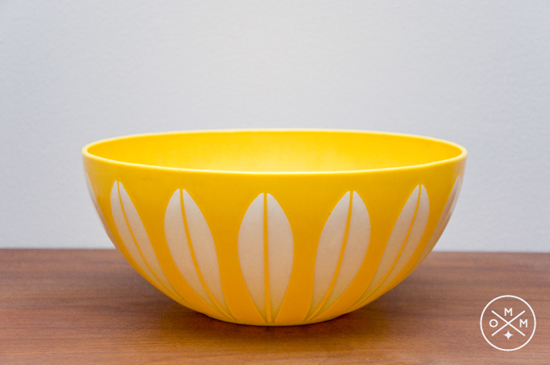 Nothing substantial to report here. I just thought I'd take a few moments to share with you some of the smalls I picked up recently. I thought it was a pretty decent haul. What say you?

As I mentioned in a previous post about mid century and retro smalls, sometimes it seems like all you can find are the little things and then all of a sudden your luck shifts it's nothing but the big stuff. At least that has been my experience. I've had a good run on the larger items of late. Some of that is chronicled here on the blog, while other pieces have yet to be highlighted here due to busy schedules and a lack of will to get it done.

So, since I haven't forced myself to photo and write about all of the bigs I have sitting around the house, I thought I'd share a few more smalls. Enjoy!

We begin with the lovely image situated at the top of this post. What a beauty right? Ok, so it's not exactly a Catherineholm lotus bowl but it is a popular, plastic version produced by Deka. This one almost went un-noticed by me at the thrift store as it was tucked away on a bottom shelf behind a large white pot. The yellow color just barely caught my eye and I was pretty excited for a moment thinking it was the real deal. But no such luck. That's OK though. It's still a strong example of a classic design and we'll get good use out of it. I'd say it was well worth the $.79 price tag. On to the next!

This set of bowls closely resembles the ever popular Pyrex pieces that can be found in countless antique stores and thrifts across the country. There are no markings on these bowls to indicate that they are Pyrex, but as you can see from the photos, they are a pretty similar glass-like material. I really love the white exterior/primary color interior combination they have going on. They were too much fun to pass up.


Lastly we have this set of five Block China plates from the Harmony line in the Sextet pattern. These fellas are a bit of a deviation from dinnerware I would normally seek out, but the use of color and geometric shapes really appealed to me. These were produced in Portugal during the early 80s and have a radical, contemporary look specific to that decade. I've done a bit of searching online to see what other pieces were produced from this line and think that it might be a fun set to try and put together for our own use. As I said, it's not the type of retro I'd normally pursue, but there is something about combining basic colors and shapes that speak to a designer. Not to mention they fit in pretty well with the Pyrex style bowls mentioned above and the multi-colored Ingrid Party Ball we found a while back. Bonus. All in all, I would say we got a pretty good haul of smalls this trip.