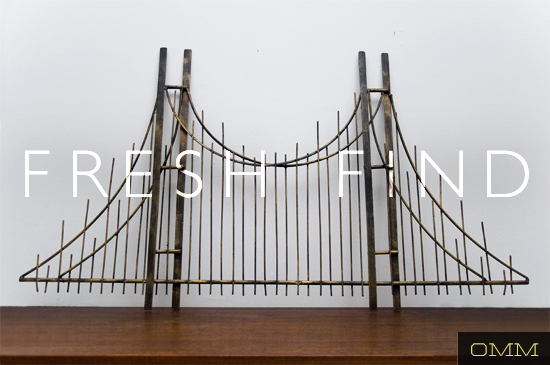 Despite the break in updates here on the blog, we have actually been busy working away on various projects in and around the house. We'll have more on those in the coming weeks, but in the meantime I'll take a few moments to share one of my latest finds.

The item you see above and below is a piece of wall art inspired by C. Jeré. Most of you are undoubtedly already familiar with the work of Jeré and either have some in your own home or are in search of the perfect piece to add to your collection. For those of you who are not familiar with Jeré, allow me to give you a brief rundown. 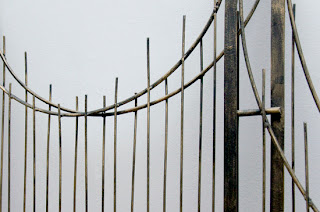 Curtis Jeré is actually the nom-de-plume of two individuals by the names of Curtis Freiler and Jerry Fels. Together, they created artwork under the Jeré name and revolutionized the way that art of this variety was produced and distributed here in the US. Freiler and Fels' goal was to produce gallery quality art to the masses and that is exactly what they did. With Freiler acting as production chief and Fels serving as the director of design, the duo set out to produce a large number of metal sculptures depicting an assortment of subject matters. They continued production of these pieces until 1972 when they decided to sell their company. Sculptures continued to be produced here in the US until approximately 2003 when production was eventually moved to China. 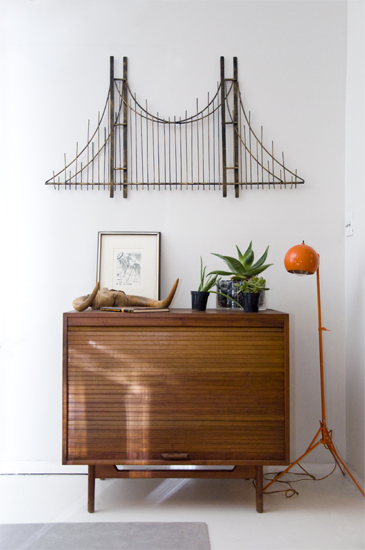 I've always been intrigued by the work of Jeré but I had not been fortunate enough to come across any of their work or anything resembling it until just recently. During one of my regular Craigslist searches I happened to stumble onto a listing advertising a "bridge decoration for sale". The listing had been up for a few weeks and didn't have a picture or a price included which had me thinking that I may have just come across a hell of a steal. I decided to break my normal email the seller routine and opt for the phone call instead. Upon reaching the seller, I inquired about the vague description and asked the gentleman to describe this bridge. After hearing his description and negotiating a price ($10) I asked to come take a look at it in person and possibly make the purchase.
When I arrived, I was pleased with what I found but a bit disappointed as well. The build and make up of the sculpture was not quite the same as the piece I had in mind, but the style, size (50" x 27") and price were more than enough to offset this minor setback. I examined the sculpture in hopes of finding a signature of some sort, but unfortunately there was not one to be found. While I couldn't confirm this piece as a true Jeré, I also couldn't completely rule it out as one of the late model productions created overseas. Nonetheless, I was happy to hand over the $10 to the gentleman and head back to the house with my bounty in hand.

After a quick cleanup and some re-arranging of smalls and picture frames, we were able to find a home for the Jeré inspired bridge in our living room above our tambour front chest. We had decided long ago that our walls were in desperate need of some mid century inspired artwork, so this piece was exactly what the doctor ordered. It fits the space nicely and happens to go very well with the largest addition to our decor, which we will be discussing very soon.
I guess you could say that this post is a way to "bridge" the gap until we are ready to unleash the big update.
Posted by OH MY MOD at 6:49 AM