I Love It When You Call Me Big Papa 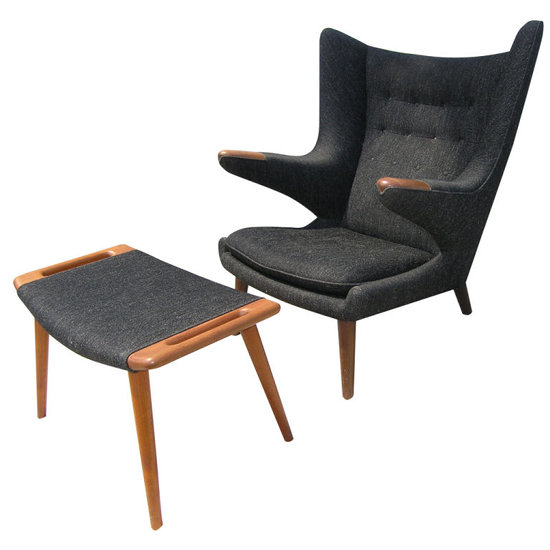 Well, not really, because that would just be awkward. I will say, however, that L has some mean hip hop skills, with his talents especially excelling in the area of 90s rap. No lies. But in all seriousness -- since this blog is of upstanding intellectual quality -- I thought that I would continue this week's theme of "chairs" by talking a little bit about my absolute favorite of seating options: Hans Wegner's Papa Bear chair.


To be honest, I'm not even sure where I saw my first Papa Bear, but I do know that ever since that moment I have dreamed of owning one. And when I say dreamed, I really do mean dreamed. A typical excursion into an unknown thrift/junk/antique store or yard/garage/estate sale generally begins with this conversation between L and myself -- Me: "So, what do you think the odds are of us finding a Papa Bear chair here?" L: "I would say pretty much impossible to negative." This short exchange is generally followed by me telling L how I would literally cry if we ever found a Papa Bear chair, and then me actually tearing up. Seriously, people. Seriously. I love this chair that much. 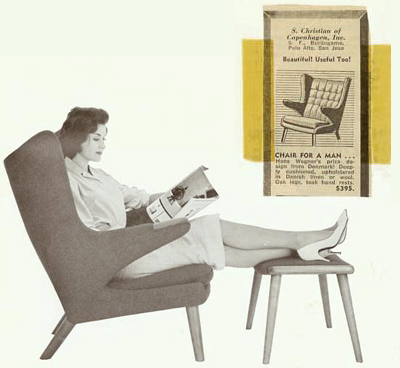 So why would one person love an inanimate object so much? Well, as L has proven with his post on his obsession with the Eames loung chair, we have a history of unhealthy furniture fixations. But, again in all seriousness, I love the way this chair seems to welcome you and invite you to sit down. As a knitter and reader, I can't help but think that this would be the perfect place in which to sit for hours on end. (Photo found here)

In addition to being incredibly inviting -- which, in my opinion, the vast majority of modern-made furniture fails to accomplish -- the Papa Bear chair is a quintessential example of mid century Scandinavian furniture design. Placed in the setting of an open ranch house, much as the Eames chair does, the Papa Bear chair brings out all of the fantastic elements of homes from the '50s and '60s and brings to mind a time when things were built to last [insert obligatory comment about sounding like my parents/grandparents]. 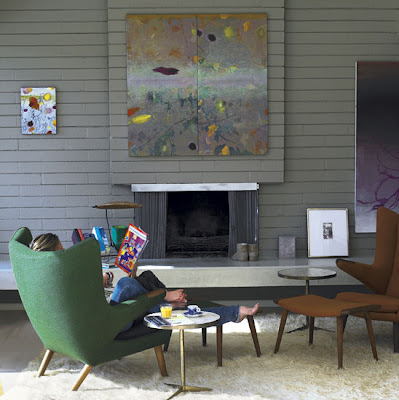 And, finally, one of the main reasons that I get giddy with the thought of finding an original Papa Bear chair -- they are worth a fortune. Case in point, the chair from the first image is currently listed at a cool $12,900. With this kind of a potential value, I can't help but dream about landing one for say, $10 (or maybe just on someone's curb for free). A girl can dream. In line with the ridiculousness of my obsession, we have most definitely had the conversation about whether or not we would be able to keep our as-of-yet-not-found Papa Bear chair if we ever were to find it. As of right now, the consensus is no, but since I've never actually had to make the decision we'll go ahead and say we're undecided. (Image found here, and it should be noted that people who can afford or have managed to find two Papa Bear chairs are quite clearly the most selfish individuals on earth).

So, there you have it. While it would probably be better for our current space limitations if we refrained from buying more chairs, I know that is something that just won't happen. Though we may not be able to afford an original Papa Bear chair (and the reproductions aren't much cheaper), or a real Eames lounger, there are an incredible number of gorgeous mid century chairs just waiting to be picked up for a steal (we're currently digging a number of Adrian Pearsall's creations). But, on the bright side, we always have plenty of seating for visitors!
Posted by OH MY MOD at 6:24 AM