Inception: The Chairs that Started It All 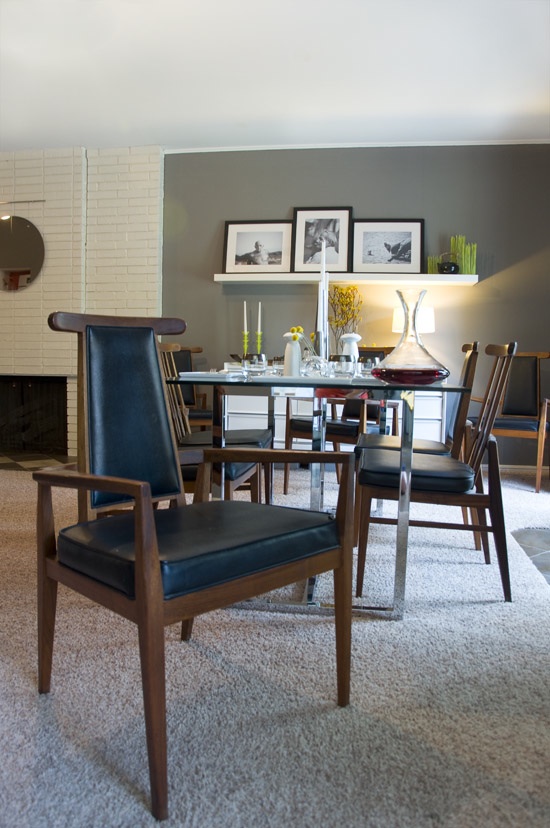 While it may come as a surprise to some, and as I hinted at in our first post, L and I don't always share the same opinion when it comes to things like what to have for dinner, who should have to take out the trash, and, oh yeah, what type of house we should buy. As a short background, L and I were able to delay such momentous decisions as buying a house for a year by moving to Edinburgh, Scotland while I worked on my Masters degree (although I will say that flat hunting was equally painful). And when we finally made the move back to Oklahoma, there was a clear divide between our visions for our future home -- I was thinking something along the lines of a cute bungalow, and L, of course, was dying to live someplace like Tulsa's mid-century mecca, Lortondale. And as we began to search for houses, that divide continued to exist. That was, until we found the chairs.

This momentous find took place before we even really knew we'd end up where we are now. Upon moving back to the states, we stayed with family for two months to save money and give us time to find jobs (thank you, recession). During a trip down to Norman for a weekend of friends and football, we decided to stop in at Bill's Used Furniture for a look around, with the hope of finding some neat picks for our future home. Tucked away in the corner of Bill's biggest room, L came across a set of three chairs that instantly called to him. I, on the other hand, wasn't quite convinced. I liked them, but they just weren't what I had envisioned for my abode. In the end, I was sold on one detail -- these amazing circular insets in the back slats of the side chairs. 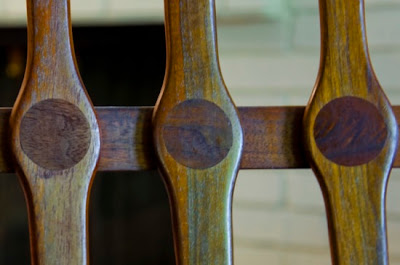 Given that there were only three chairs (and that hardly makes a set), we decided to go into negotiations in hopes of lowering the price (originally $150 a piece). We decided that the matching side chairs were unique enough that we could use them as head chairs and start searching for a set of four chairs to pair with them. During negotiations we learned that apparently the store had a total of seven chairs, but someone bought four and left the odd set of three behind. Incredibly inconsiderate if you ask me. But so it began! 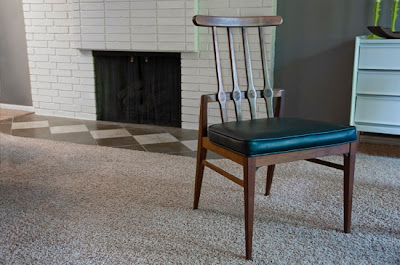 After agreeing on a price, we drug our newest possessions home, looked them over a bit more, and found that they were made by Foster McDavid (check out this link for a set currently on sale that is similar to ours). Although I can't attribute our decision to buy the house that we're currently in to these chairs alone, they were without a doubt a critical part in the path to me realizing how cool mid century design is. Well, that, and the realization that "adorable little bungalows" are (1) expensive, (2) small, and (3) lacking in the bathroom department.

So, when we moved to our current house, the chairs were the centerpiece of our barren living/dining room (we ate on a card table for about seven months before we bought a table and four side chairs). The real miracle of our dining chair story, however, came nearly a year after purchasing the original three (we had actually already picked up four Tobias chairs from IKEA to serve as side chairs when we finally gave in and bought CB2's Silverado dining table). While randomly browsing our local Craigslist listings, L stumbled upon a post for -- you guessed it -- five chairs that matched the three we already owned. And they were a third of the price of what we initially paid! It was a genuine Craigslist miracle, and it only cemented L's belief that one can find anything on there if you know what you're looking for. 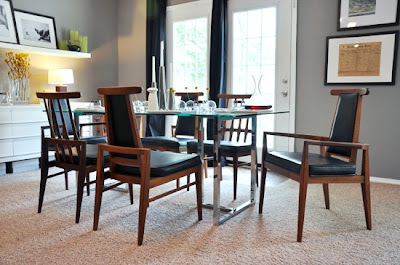 I would definitely say that these our our most prized possession, and that it would be hard for us to find another set that we like as much as these. And given the price we paid for the full set of eight, it would be pretty hard to find a set of solid walnut chairs for as cheap.  Needless to say, these definitely set our house down its current path and really helped define our style. For more pics of the dining room, check out the newly updated "House Tour" section.