Wrap It Up: The Perpetual Paper Dilemma of an Obsessive Compulsive 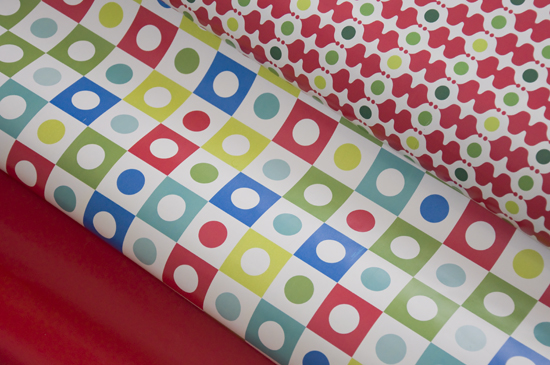 Here's the thing. Each year as we embark upon the laborious process of deciding what to get everyone for Christmas, we're confronted with not just one stage of terrible decisions, but two. First, what can we get our relatives that they would actually want? And two, what kind of paper will we wrap their present in? 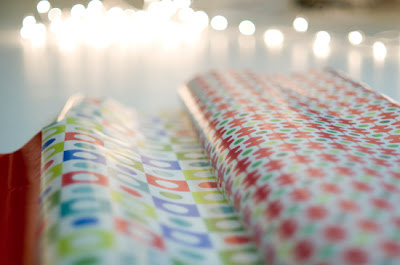 Now, some of you may say, "Who cares? The paper just gets torn off and shredded to little pieces without even an afterthought as to how much time was put into making that gift look so beautiful and enticing in the first place!" But, ladies and gentlemen, here's where you're wrong - the wrapping paper is everything in a present! As I quite clearly remember from my childhood, I was always the most psyched for presents from my Nano - who always created her own wrapping paper using brown butcher paper, designing beautiful images with glue and glitter on top. Seriously. The. Best. Presents. On. Earth.

Now, as an overly obsessive adult, who is (coincidentally) married to an equally obsessive man, I feel like I must carry on the tradition of gorgeous gifts for future generations. So, when it comes to picking paper each year, L and I have an insanely difficult time choosing. What color scheme should we go with? Should we stick to geometric patterns or try to play with animals and other characters? Should we go monochromatic? Dull or shiny paper? The options are endless.

So, after equal amounts of agonizing and scrutinizing, we decided to go with geometric patterns in with a bit of a retro appeal. Surprisingly, this was the complete opposite of what we had initially planned - bright colored, semi-sparkly with holiday themed images (think magenta and cyan) on a white background. The difference-maker? Price. Our first choice was $5 a roll for 1/3 less yardage (at Target), as compared to our choice which rang in at $2.50 a roll.To complete our packages, we plan on snagging some ribbon or tulle in the lime-ish green color present in both of our pattern sheets. Given our penchant for mid century living, we felt that the retro themed wrapping paper was a great choice.

It's fairly crazy the amount of thought and planning we put into this decision each year, but we have to say - a beautiful spread of presents under the Christmas tree make the holiday season even better! And, just like my Nano's gifts did when I was a kid, I hope our presents will make people excited just at the thought of how pretty they are. Because who wants to open a gift in a brown paper bag that's been duct taped shut? Not this girl.
Posted by OH MY MOD at 10:35 AM